In 2002 we were approached by an organisation called Shepherd’s Keep to design a home for 60 abandoned babies, most of whom were HIV positive. The site was an existing residential site with a centrally-place house and posed quite a challenge in terms of placement of the building to achieve good orientation and relationships of the main levels to natural ground. A solution was developed that solved both of these problems and that was a ramped circulation system (ideal for all the trolleys and prams) which formed a veranda element to protect the nurseries from the harsh afternoon sun. The ramps have main landings with doors opening onto a North-facing garden. The main play area was the prime space with a good flow to outdoors and orientation for optimum light, with a balcony overlooking the garden and the views of the harbour and ocean beyond. 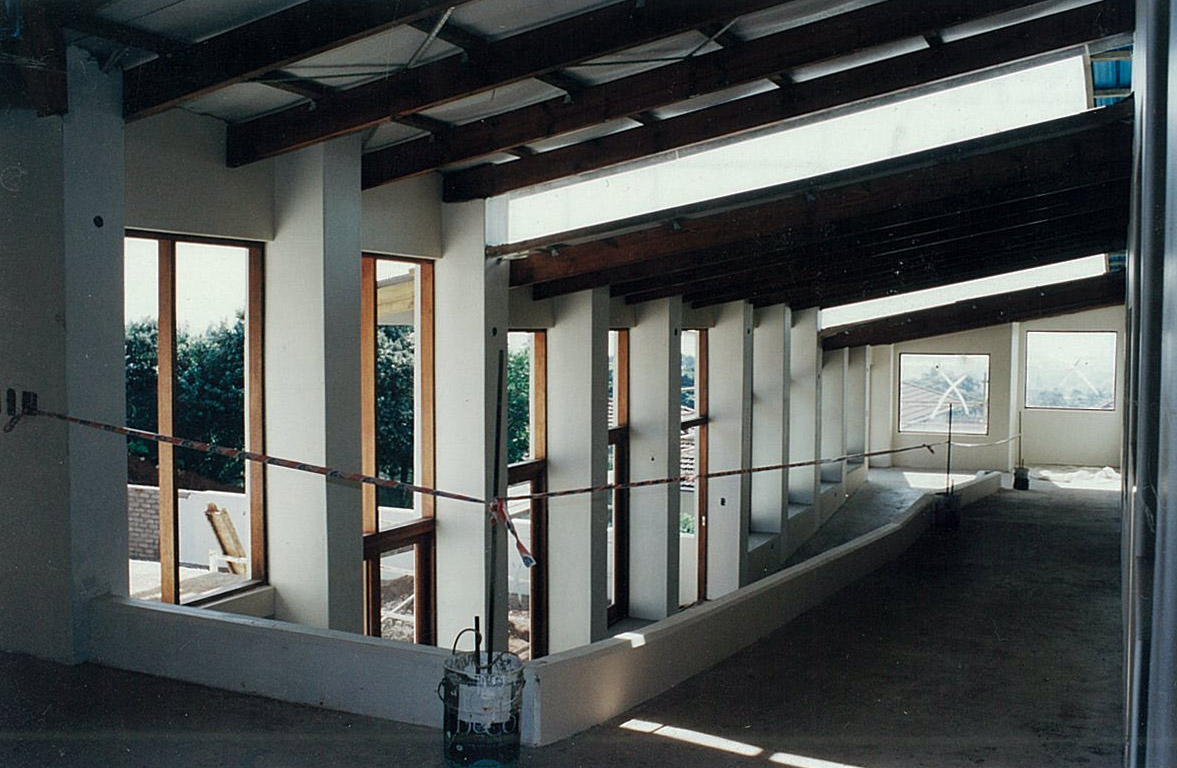 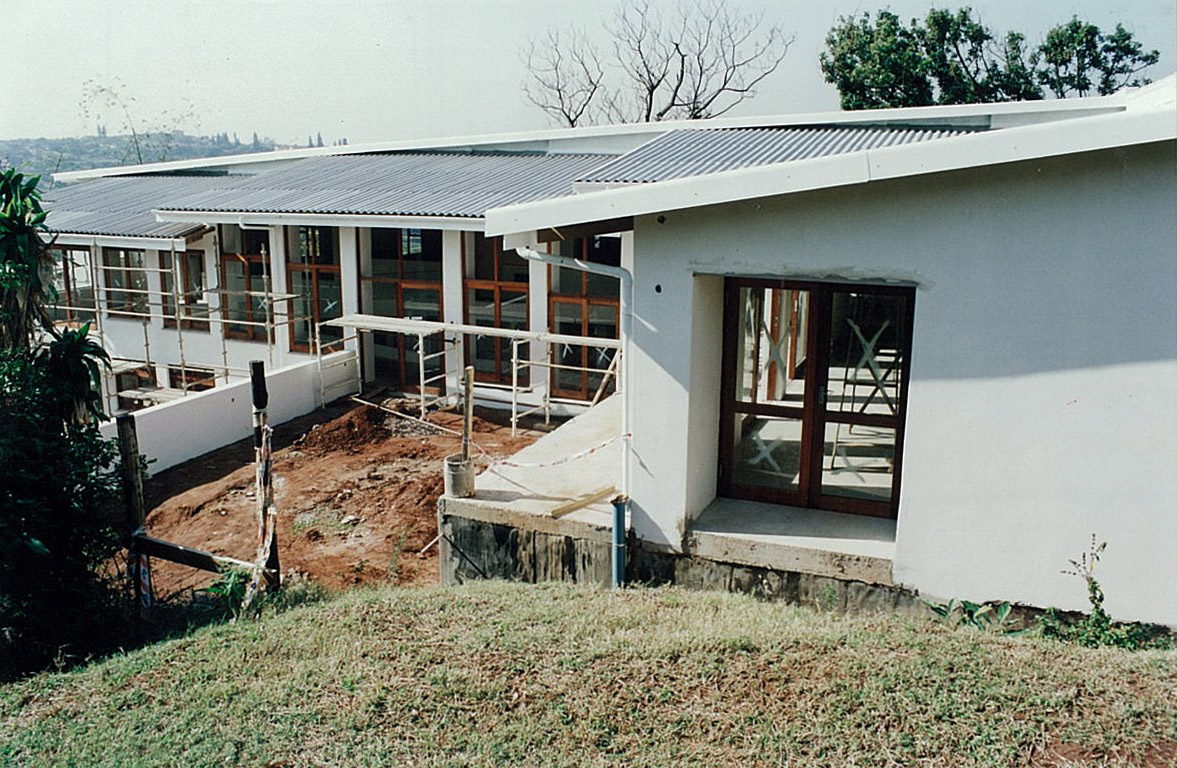 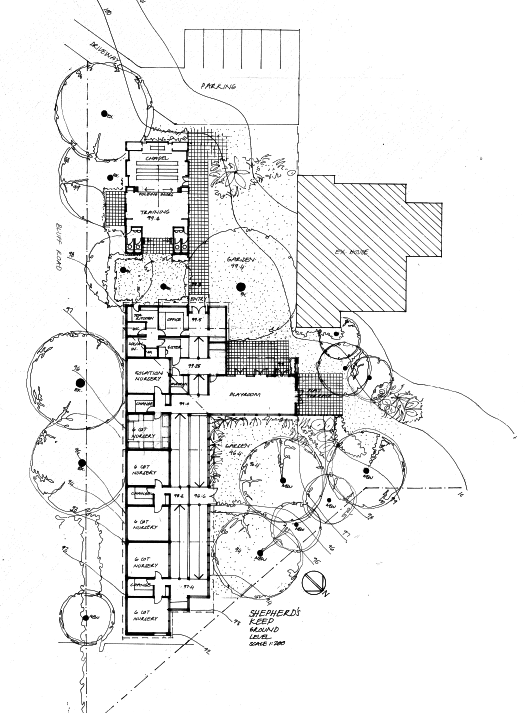 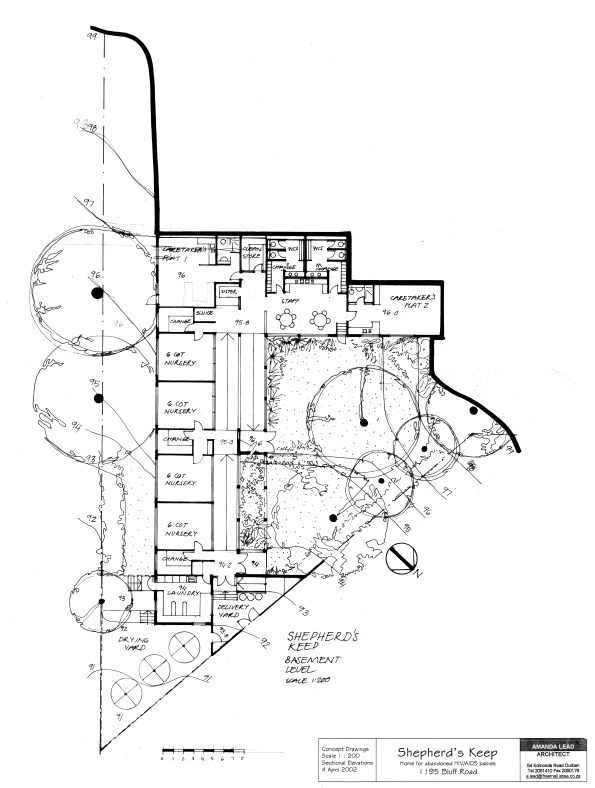 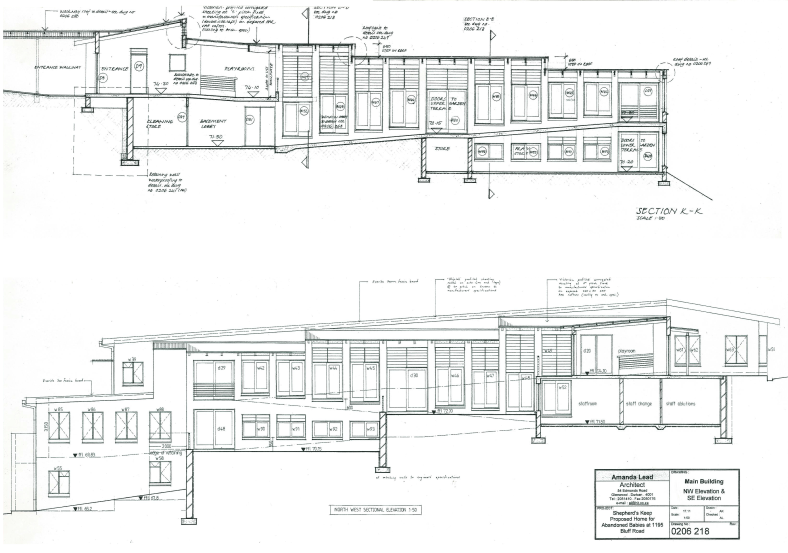 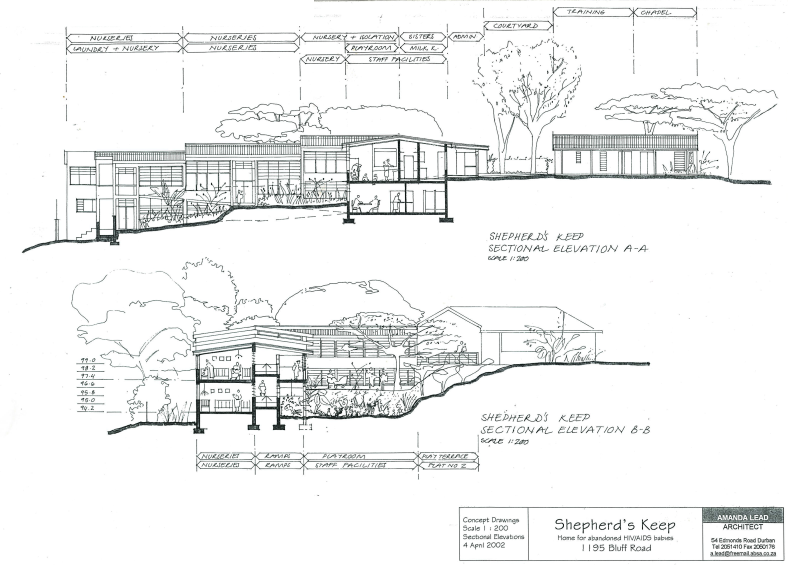